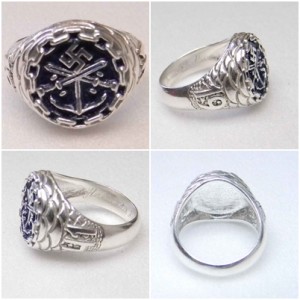 The Kriegsmarine , War Navy was the name of the German Navy during the Nazi regime (1935–1945). It superseded the Reichsmarine and the Kaiserliche Marine of World War I. The Kriegsmarine was one of three official branches of the Wehrmacht, the unified armed forces of Nazi Germany. The Kriegsmarine grew rapidly during German naval rearmaments under Plan Z, a large-scale plan calling for the construction of multiple naval vessels. The ships of the Kriegsmarine, some of which (mostly battlecruisers) were made under Plan Z, fought during the Spanish Civil War and World War II. The commander-in-chief of the Kriegsmarine was Adolf Hitler, who exercised his authority through the Oberkommando der Marine. The Kriegsmarine’s most famous ships were the U-boat wolf packs, constructed after Plan Z was abandoned on the eve of World War. They were submarine groups which seriously harassed Allied convoys during the Battle of the Atlantic. Both the U-boats and pocket battleships were used to disrupt Allied shipping in the earlier years of the war. However, the adoption of convoy escorts later in the war greatly reduced the effectiveness of naval strikes on convoys. At the end of the Second World War, the Kriegsmarine’s remaining ships were divided up amongst the Allied powers and were used for minesweeping.