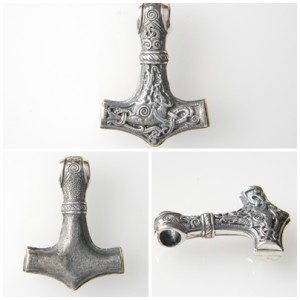 Thor, the Mighty God of Thunder is the eldest son of Odin and the Goddess of the earth Jörð, was the defender of people and gods from evil monsters and giants. Thor flew through the sky with an iron hammer Mjolnir noted for its short handle. The weapon always hit its target and returned to its owner. The Hammer of Thor possessed magical properties – it could return life to animals, stop death, bring fertility and wealth. The Vikings wore Hammer of Thor amulets for protection from monsters, curses and enemies. Numerous archaeological findings have helped to identify at least three main types of Hammer of Thor pendants: Hammer of Thor from the island of Skåne, Hammer of Thor from the village of Mammen and the most unusual – Hammer of Thor with the wolf head and the Christian cross. 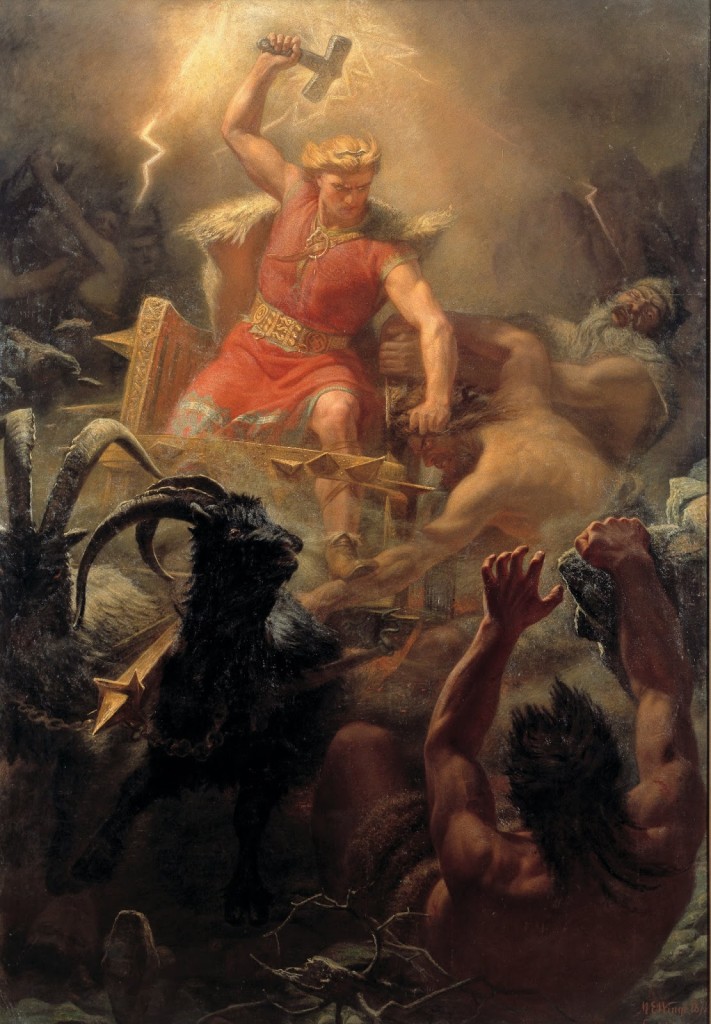